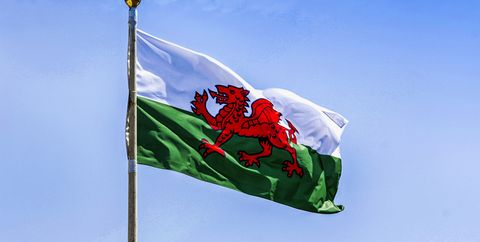 The UK must be open to Wales voting to quit the union, a Welsh Government report has said.

Ministers say Parliament should allow Wales to hold an independence referendum if politicians calling for one win an assembly election.

The unionist Welsh Government hopes voters would reject splitting the union – but it says the UK is best seen as a “voluntary association”.

It follows a series of independence marches held across Wales in 2019.

First Minister and Welsh Labour leader Mark Drakeford called for an “entrenched and extended devolution settlement” to tackle what he sees as the challenges facing the union.

Mr Drakeford, who has been highly critical of the UK government’s handling of Brexit, was delivering the Kier Hardie lecture in Merthyr Tydfil on Thursday.

“The continuation of the United Kingdom is, today, more at risk than at any moment in my political lifetime,” he said.

Leader of pro-independence party Plaid Cymru Adam Price said there is now “no doubt that Wales should be able to hold an independence referendum”.

Mr Drakeford’s lecture coincided with the publication of “Reforming Our Union”, a Welsh Government paper that spells out constitutional reforms ministers in Cardiff believe the UK needs.

The document says that whatever the UK’s historical origins, it is “best seen now as a voluntary association of nations taking the form of a multi-national state”.

It argues that in a voluntary association the union “must be open to any of its parts democratically to choose to withdraw from the Union”.

“If this were not so, a nation could conceivably be bound into the UK against its will, a situation both undemocratic and inconsistent with the idea of a Union based on shared values and interests.”

A government in either Scotland or Wales that “has secured an explicit electoral mandate for holding of a referendum, and enjoys continuing support from its parliament to do so, it is entitled to expect the UK Parliament to take whatever action is necessary to ensure that the appropriate arrangements can be made”, the paper says.

However, the Welsh Government said it would be unreasonable for such referendums to be held too frequently.

The paper added: “As a government committed to the United Kingdom, we would hope that in any such referendum the relevant electorate would vote for its territory to remain in membership of the UK.”

Mark Drakeford told the Merthyr lecture that there must be an “explicit, legal recognition” that the National Assembly for Wales “is a permanent feature of the UK’s democratic architecture”, which can only be abolished by referendum.

A settlement is needed, he said, where the powers of the devolved parliaments and governments around the UK are exercised “exclusively at that level, other than by the consent of the legislatures involved”.

He said the parliamentary sovereignty model – where the UK Parliament is the highest form of authority in the UK – does not “provide a basis for the future”.

He made the case for the UK as one where “unity and solidarity are the means by which the interests of the many… can be advanced”.

Adam Price, Plaid Cymru leader, said: “It is disappointing – if not surprising – that the Labour Welsh Government continues to defend this indefensible union.

“Any short term steps that help get Wales indy-ready are welcome. But the Welsh Government should concentrate on building the Wales of tomorrow, not saving the union.

“The pooling and sharing of risks and resources is, frankly, a fanciful idea. Westminster has always been all risk and no reward for Wales.”

Plaid Cymru demanded an apology for Mr Drakeford’s comment in the Kier Hardie lecture that Plaid “attempt to blame the English for all our present discontents”.

“This past week alone, Adam Price has crassly co-opted the language of ‘reparations’, while ignoring Wales’ own involvement in empire,” a Welsh Labour spokesman said.

“It is Adam Price who should reflect on the path he is taking.”