The discussion paper was launched at each of the Conservative Party, Labour Party and Liberal Democrat autumn conferences in order to initiate debate and gain feedback on the Group’s proposals.

Evidence to the House of Lords Constitution Committee 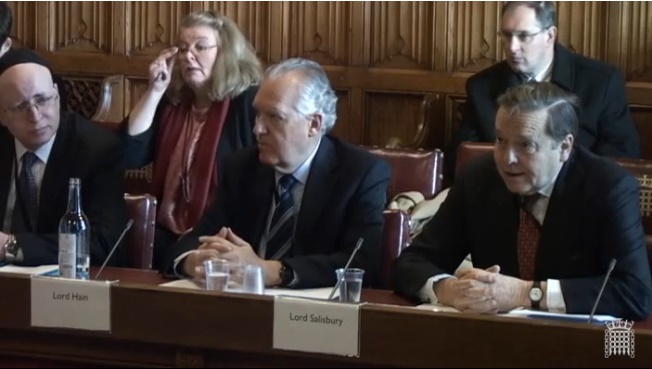 In January 2016 the Marquess of Salisbury, Lord Hain and Daniel Greenberg gave evidence to the House of Lords Constitution Committee on “The Union and Devolution”.

Lord Hain explained that “Devolution up until now has been a top-down process: the centre deciding to devolve powers to Scotland, Wales and Northern Ireland and more recently in parts of England. The model we are proposing is a bottom-up process. It is turning it on its head”.

Meeting with the Prime Minister 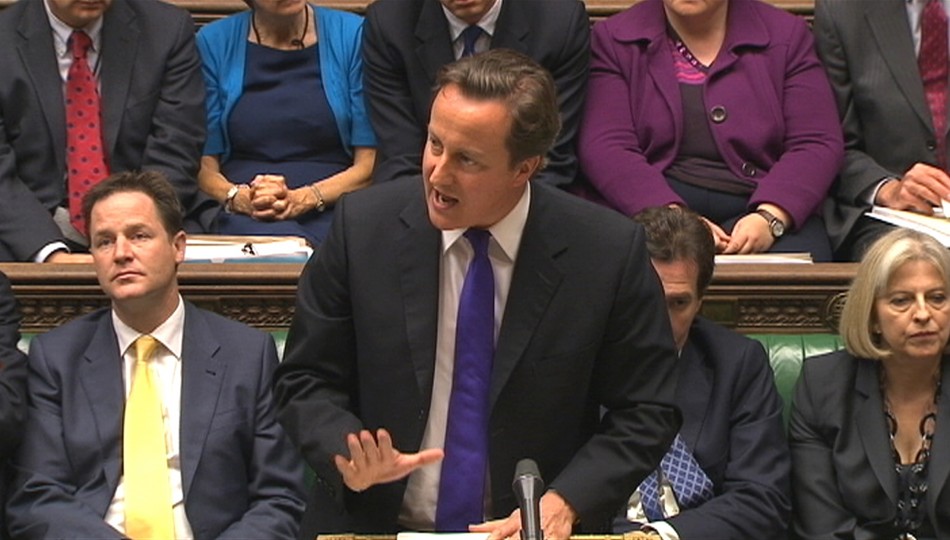 Former Labour Party MP, Gisela Stuart, asked a question to the then Prime Minister, David Cameron, during PMQs on 20 January 2016 about a meeting with members from the Constitution Reform Group. The meeting took place not long afterwards, in the Spring of 2016, where he agreed for the Cabinet Office to work with the Group.

Introduction of the Cities and Local Government Devolution Act 2016

Introduction of the Scotland Act 2016

The Group’s policy ideas and vision for the future of the UK was drafted into the Bill by Daniel Greenberg, Counsel for Domestic Legislation in the House of Commons and former Parliamentary Counsel to the UK Cabinet Office.

Coverage of the CRG’s Act of Union Bill appeared in a number of publications including The Telegraph, The Guardian and The Independent.

Introduction of the Wales Act 2017 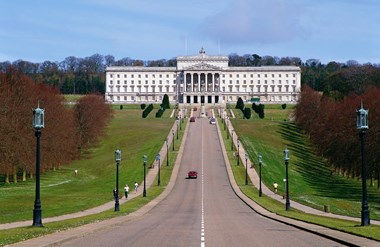 Governing at Stormont collapsed owing to ongoing disagreements between the DUP and Sinn Féin. All attempts to restore power-sharing have failed since January 2017. Northern Ireland holds the world record for the longest period without a sitting government, which it passed after 589 days.

Increasing interest from the academic community 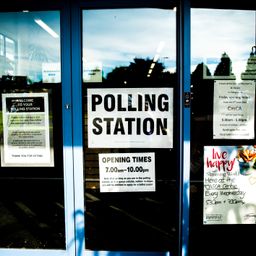 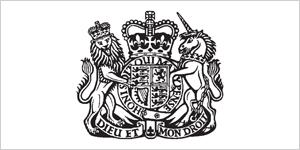 Breakfast Briefing at the Institute for Government 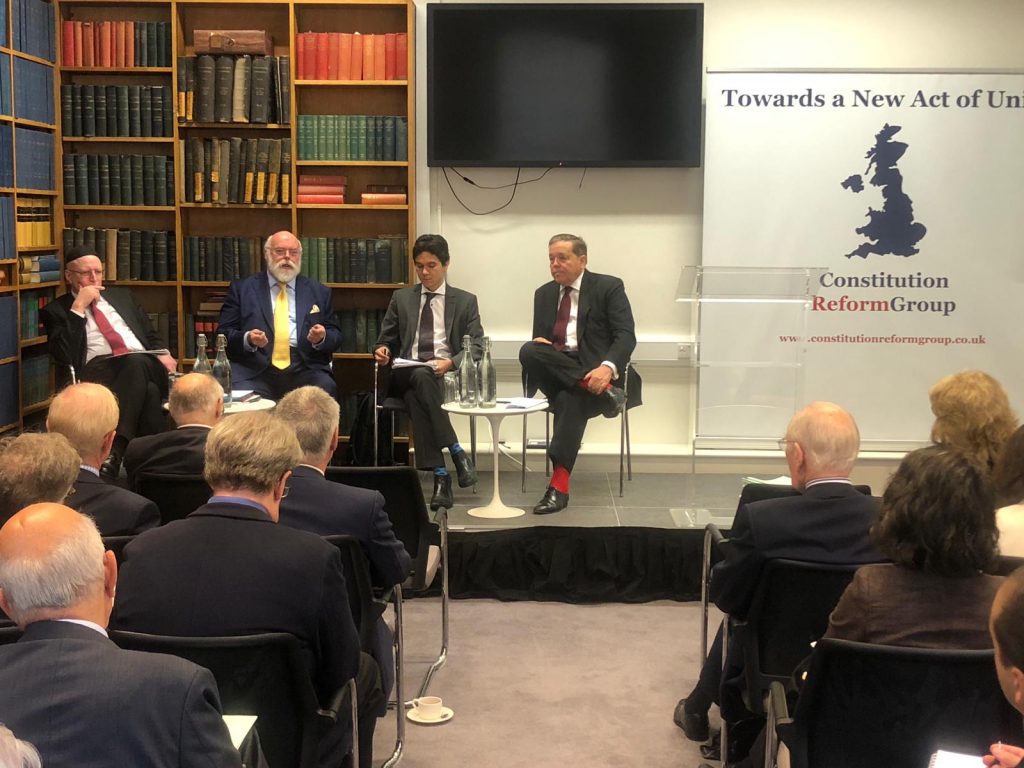 The Constitution Reform Group Steering Committee presented the Act of Union Bill 2018 to an audience comprising of politicians, journalists, academics and civil society organisations at the Institute for Government on 11 October 2018. 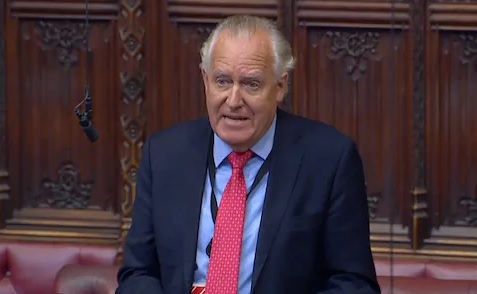 Lord Hain made reference to the CRG in his speech during the Constitutional Convention debate on 13 December 2018 where he acknowledged that “Without wide-ranging constitutional reform the very future of the United Kingdom is imperilled”. 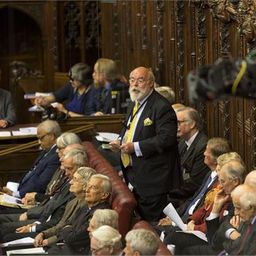 On 17 January 2019 Lord Lisvane’s Motion received the most votes out of a possible 20 Motions proposed by Crossbench peers to debate this key topic, highlighting how the Act of Union Bill 2018 “…would replace the central imperial condescension with a devolution settlement properly owned by its participants”.

In February 2019 it was formally announced that Lisa Nandy MP, Seema Malhotra MP and Bim Afolami MP had joined the Group – and so bringing the increasingly urgent issue of overarching constitutional reform within the sphere of the House of Commons. 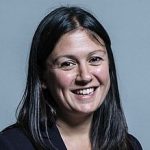 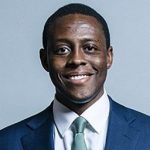 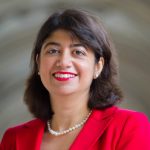 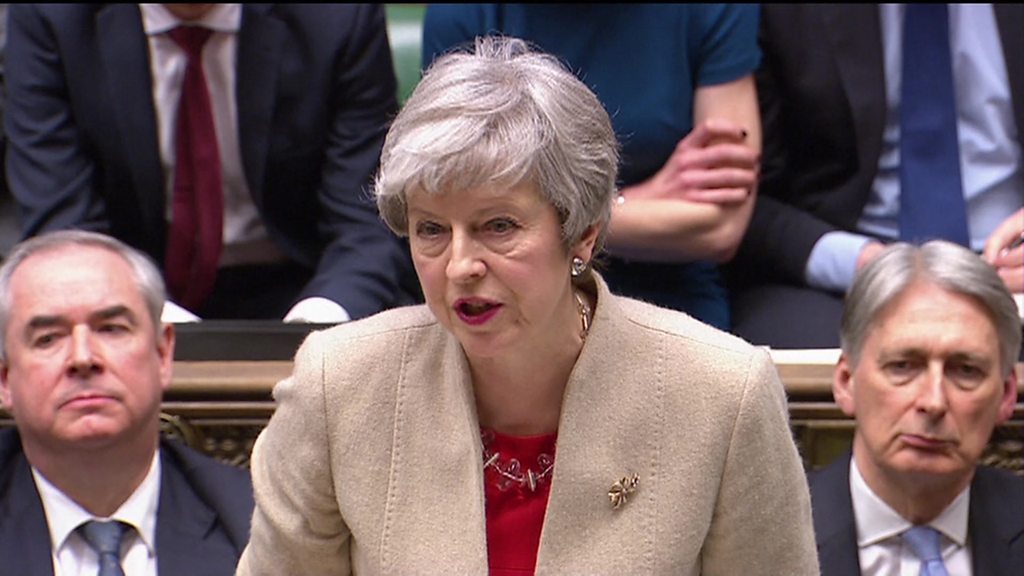 House of Lords Debate – “That this House takes note of the 20th anniversary of devolution in the United Kingdom and the role of the devolved administrations in the governance of Scotland, Wales and Northern Ireland“

Lord Hain made reference to the CRG in his speech during the House of Lords debate on 22 May 2019 where he acknowledged that “There is unfinished business of devolution in England outside of London. That is not sustainable and the Government needs to address it.”

Theresa May resigns as Prime Minister of the United Kingdom 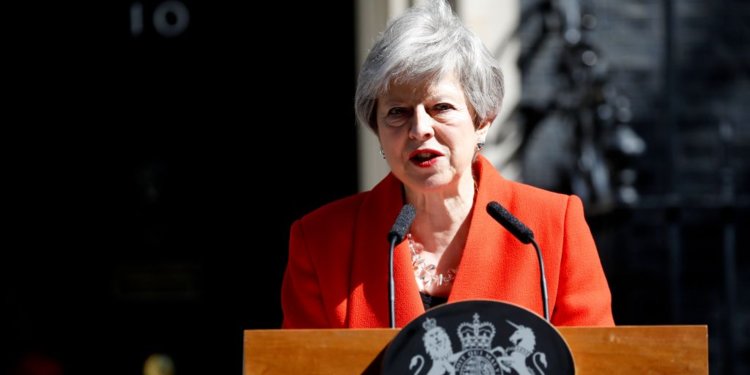 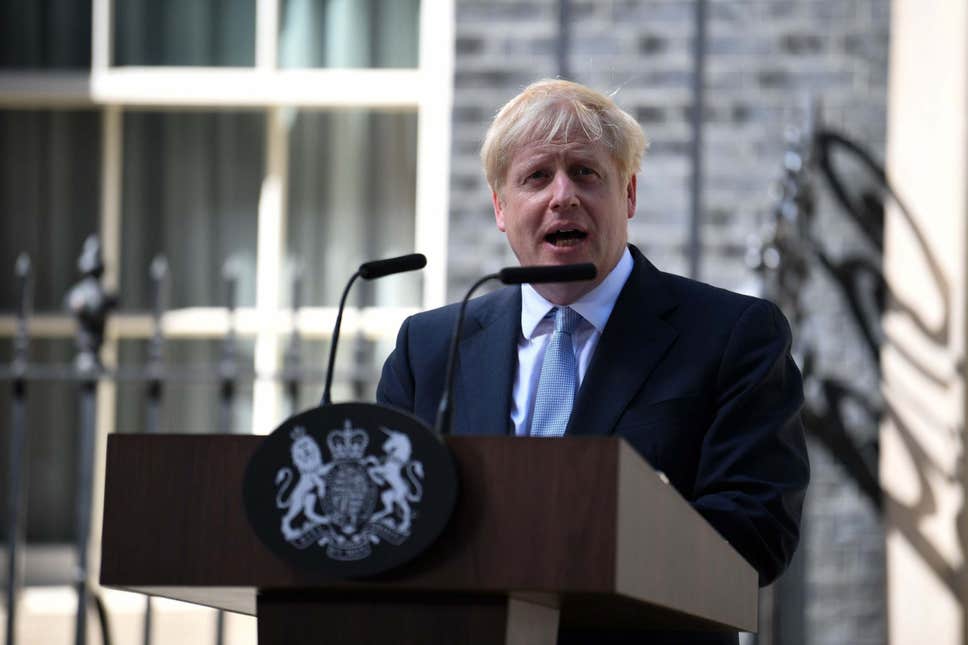 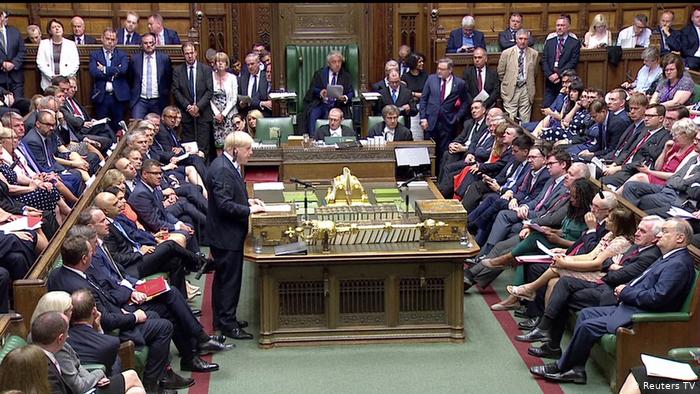 Boris Johnson extended the party conference recess at the end of August 2019 to 14 October 2019. This provoked calls that he was limiting the time period for MPs to legislate to prevent a no-deal Brexit.

Supreme Courts rules that the suspension of Parliament was unlawful 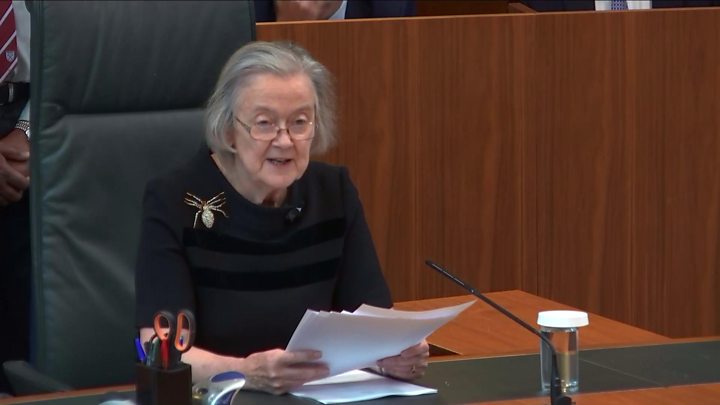 The Supreme Court ruled that Boris Johnson’s decision to suspend Parliament for five weeks was unlawful. Judges said it was wrong to stop MPs carrying out duties in the run-up to the Brexit deadline on 31 October 2019.

In September 2019 Lord Salisbury and Sir Paul Silk gave evidence on behalf of the Constitution Reform Group to the Constitutional and Legislative Affairs Committee at the Welsh Assembly as part of the Committee’s inquiry into Wales’ Changing Constitution.

Lord Salisbury said “Where we are now is not a unitary state which is what we were before 1997, nor a fully federal one. Inevitably, the speed at which devolution was created has led to a lot of constitutional loose ends. As a result, the desirably of a long-term constitutional settlement has not been met and is very much unfinished business. The time has come to create a more coherent settlement. A federal solution is the only practical basis on which we can proceed”.

A General Election is announced for 12 December 2019 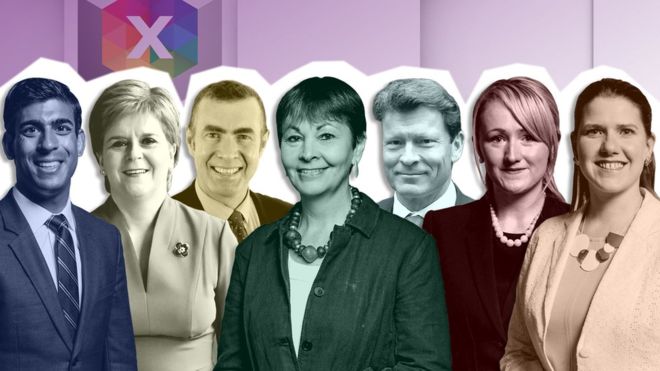 The Conservatives win with a majority in the 2019 General Election 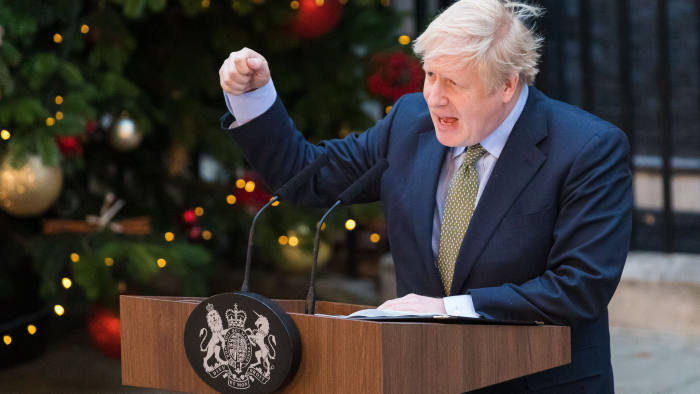 On Friday 13 December 2019 it was announced that the Conservative Party won a majority of seats in Wales and northern England that voted Leave in the 2016 EU Referendum. The majority of Scottish seats went to the SNP, and the Alliance Party and the SDLP gained a higher percentage of votes in Northern Ireland than in previous general elections. Boris Johnson remains as Prime Minister of the United Kingdom. 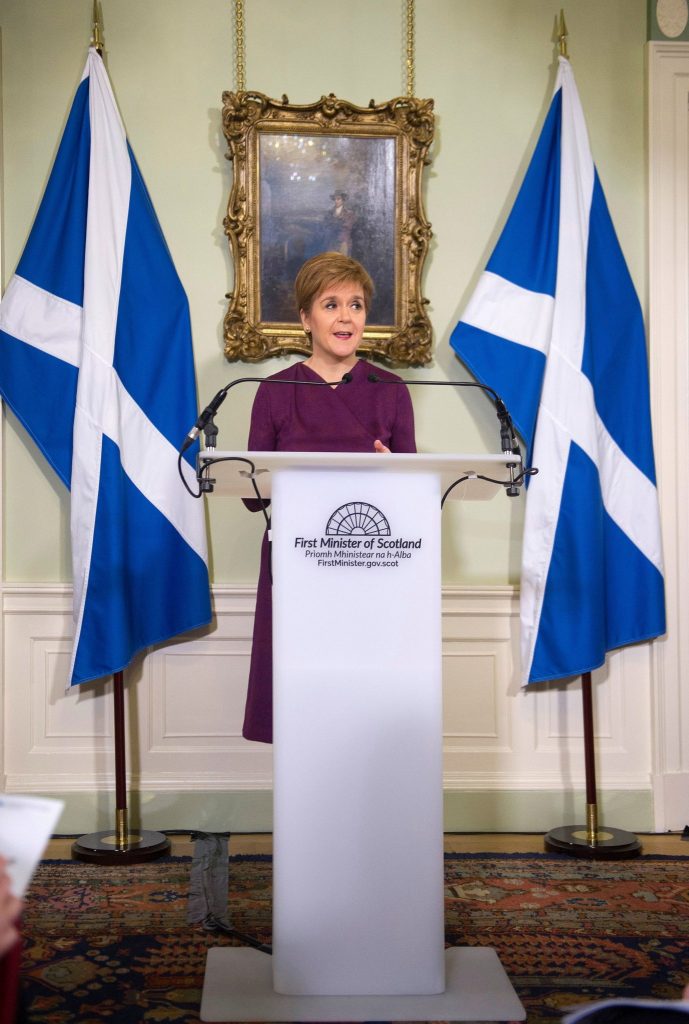 On Thursday 19 December 2019 the First Minister of Scotland, Nicola Sturgeon, announced the publication of a new paper which calls on the UK Government to ensure that a transfer of power is made from Westminster to Holyrood so that a fresh independence referendum is put beyond legal challenge. Significantly, the Constitution Reform Group’s new Act of Union Bill is referred to on page 5 of the paper. 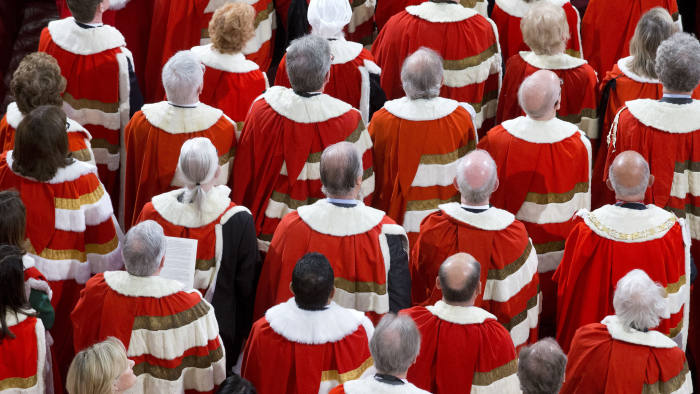 On 5 January 2020 it was reported in The Sunday Times that Boris Johnson is examining plans to scrap the House of Lords and make it largely elected to give a voice to the nations and regions.

The article also announced that the proposals of the Constitution Reform Group are now “on the desk” of Johnson’s team. 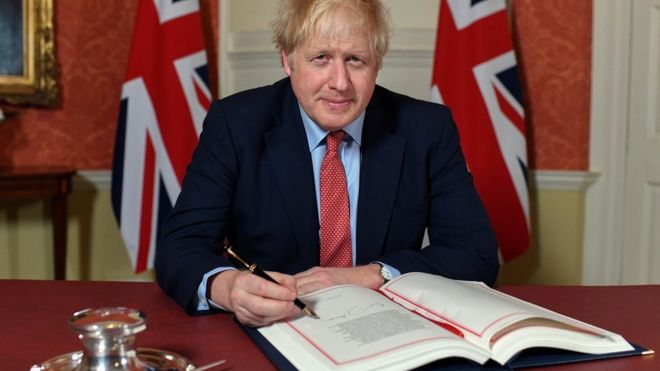 The prime minister hailed it a “fantastic moment” for the country after he put his name to the historic agreement which paves the way for the UK’s exit from the European Union on 31 January 2020.

The CRG launches its Act of Union Bill 2021

The Constitution Reform Group launches its new Act of Union Bill 2021, which would establish a new political and financial framework for equal cooperation between England, Scotland, Wales and Northern Ireland. The Bill has been launched to initiate a much-needed nationwide conversation on a ‘third way’ for the future of the United Kingdom, to break the restrictive dichotomy of ‘status quo versus independence’ being maintained by regional separatist movements.