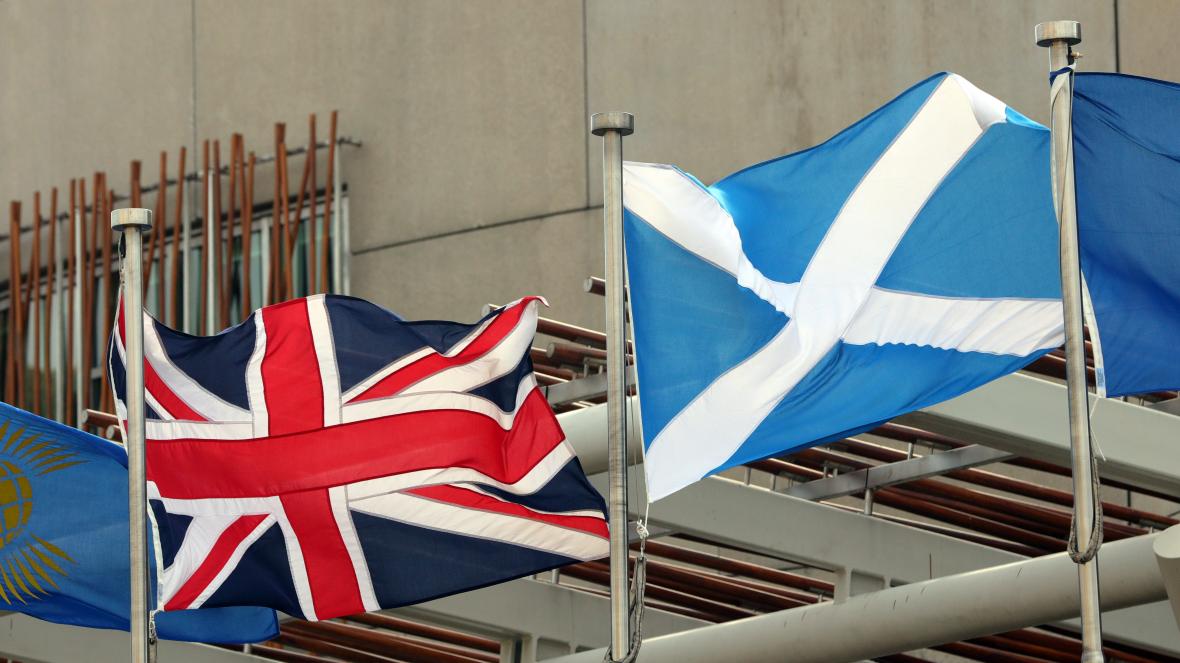 We are on the cusp of the greatest constitutional crisis for 100 years. Victory for the SNP in next month’s Holyrood elections will confront Boris Johnson with a renewed demand for an independence referendum which he proposes to deny them. Next month also marks the centenary of the partition of Ireland and the creation of the United Kingdom as we know it today. The anniversary coincides with an upsurge of anger among supporters of the Union in Northern Ireland who believe they have been betrayed by the Brexit trade deal. As the summer advances and the marching season begins, these tensions can only worsen.

What is to be done? Is constitutional reform the answer or are political solutions available? The immediate threats could be disarmed by two decisions. The first would be to accept that a SNP win on May 6 is a mandate for another referendum and let Nicola Sturgeon hold one.

This is the best time possible for Unionists. Scotland’s voters are aware that being part of the UK has helped them through the Covid pandemic and accelerated the arrival of a vaccine. They know they get a good deal out of the Barnett formula, with £130 spent on public services north of the Border for every £100 spent in England. They don’t want to join the euro but would have to if they sought membership of the EU, even assuming their application is not vetoed by Spain. Recognising this weakness, Alex Salmond is now proposing signing up to Efta instead.

All of these arguments could be deployed in a campaign held soon. But denying a referendum will change the narrative to one of an English Tory leader blocking Scotland’s right to self-determination. Those urging Boris to tough it out need to consider that it will be politically impossible to hold the line but by then the advantage will have been lost. Boris should call Ms Sturgeon’s bluff by proposing an immediate plebiscite and not wait until 2023 as the SNP leader has suggested. It would be a gamble but one the separatists would lose.

The second issue can be resolved by repudiating the Northern Ireland protocol and stop treating part of the UK as though it were still part of the EU. Mr Johnson does not want to do this because he signed an international treaty evidently trusting that the Unionists would not notice that the status of the province had changed.

Again, politics might work here if an agreement can be reached with the EU to remove the absurd amounts of red tape that now foul up trade between Britain and Northern Ireland. But the province would still have to stick to single market rules, so the fundamental flaw at the heart of the protocol would not be dealt with.

Since these are essentially matters of identity, instead of cobbled together political solutions that fall apart with a change of administration, might they need permanent fixing through new structures of governance? To that end, the Constitution Reform Group (CRG) is today proposing a new Act of Union to forestall what they fear will be the break-up of the UK. Made up of Tory, Labour and Lib Dem politicians, as well as former first ministers of Scotland, Wales and Northern Ireland, the CRG says in a letter sent to all party leaders that the existing constitutional arrangements for the United Kingdom are “unsustainable and deficient”.

When it comes to discussing these great matters, however, the biggest piece of the jigsaw always seems to be ignored. It’s all well and good proposing a new relationship between the constituent parts of the kingdom, but it needs to accommodate the dominant member, England.

Indeed, one reason why devolution was always a problematic concept was because it enfeebled the centrifugal forces of the Union that bind England to the rest. Its institutions tend to unify, whereas the differing traditions and history of its component parts pull in the opposite direction, sometimes breaking the bonds entirely as in 1921.

Devolution weakened the glue that held the whole together but there is no going back now. The challenge is how to stop it cracking apart entirely and this needs to address the English Question. While the English feel their identity strongly, they rarely make much of it.

Friday is St George’s Day and though there will be events up and down the land, more so than when I was growing up, the Thames won’t be dyed red and white nor will many people be sporting red roses in their lapels. Overt expressions of Englishness always appear to be frowned upon whereas flaunting one’s Irish or Scots heritage is almost obligatory.

Arguably, devolution has transformed the UK into a multi-nation state, though only two of its constituents can truly claim the status of a nation in modern times. Scots nationalists, of course, would be delighted to see separatist impulses develop in England because they want to break up the Union.

Without committing itself, the CRG says the option should be available, through a referendum, to set up an English parliament and replace the House of Lords with an elected national assembly. Would this help consolidate a new set of constitutional arrangements – or blow them apart because of England’s size and dominance? I don’t know the answer to that question; but it certainly needs to be discussed within the context of a proposed new settlement.

Boris Johnson, like his predecessors, will not want to go anywhere near this if he can avoid it, hoping that defeat for the SNP and a wet summer in Northern Ireland will dampen the immediate problems he might otherwise face. Yet in their 2019 manifesto, the Tories promised to set up a constitutional commission to look at all the issues thrown up by devolution, Brexit, judicial activism and the rest.

Events put paid to that and there seems to be no hurry to revisit the idea. Perhaps there will be something in the Queen’s Speech next month, but such reform is difficult and the arguments hard to make. Politicians tend to embrace the concept until they have a big enough majority not to bother. Tony Blair’s flirtation with PR in 1997 comes to mind.

More likely, Mr Johnson will try to manoeuvre his way across this minefield without treading on a detonator. But he needs a map and he’s not yet got one.