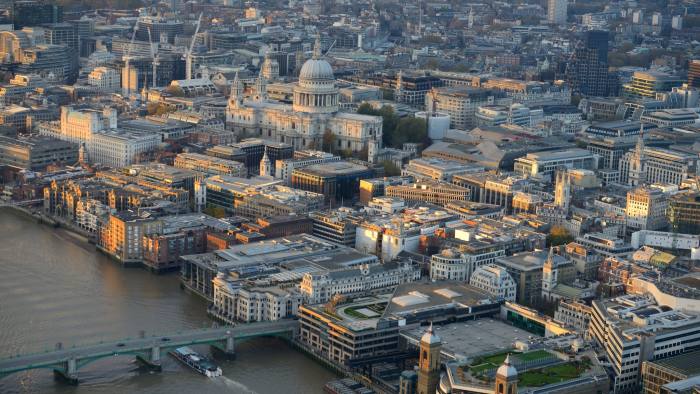 London has always seemed dangerously supersized — sucking in the produce and energies of the whole kingdom. This was the “suction so powerful, felt along radii so vast” that Thomas De Quincey recorded in 1800. But it is only now that both major parties have moved so decisively to emphasise the north of England’s interests against the capital, which remains Britain’s greatest asset. The Conservative election manifesto mentioned small abandoned train stations in the north, but for the first time did not commit to a single transport project in London. The only Crossrail mentioned in the Labour manifesto was for the north.

This is not just rhetoric. Government investment is shifting. Jesse Norman, the financial secretary to the Treasury, has now questioned whether the government should even prioritise successful high-growth areas such as London, because such investment “undermines the respect that ought to be due” to other places.

Suddenly the long-awaited funds for Crossrail 2, and hundreds of thousands of much needed affordable homes, seem under threat. And with them the medium-term future of London. How should London’s leadership respond? Conservative and Labour politicians in London are in an awkward position. They cannot deny the obvious case that investment is needed elsewhere. (Governments should have sorted out long ago the disgracefully slow train service from Leeds to Manchester.) And they are pressured to defend parties, leaders and manifestos that emphasise needs elsewhere.

Defining London, as our current mayor Sadiq Khan is often tempted to do, not as a city to be managed but as a symbol in a culture war about openness and diversity runs a further risk — not simply of alienating Boris Johnson’s government, with which any mayor will have to work for the next four years, but also of presenting London as an independent city-state. This it cannot be. London is the national capital — seat of our government — with profound responsibilities to the rest of the country, and a vital player in healing some of the divisions that underlay the Brexit wars. It is not enough to point out that London has some of the poorest boroughs, most extreme infrastructure needs, and worst crime rates in the country; that its scale, and cluster of high-skilled labour, ideas and businesses makes it uniquely suited for a global economy. There are areas with far worse schools, more struggling hospitals, lower wages and higher unemployment. And if the Manchester-Leeds zone does not have London’s links and economies of scale, it is partly because it has not been given the linking infrastructure.

Londoners must expect more investment to be concentrated in other areas. While continuing to fight for the big investments, we must focus more on the potential of less dramatic investments, prioritising, for example, London’s woeful broadband and mobile coverage; putting more emphasis on safe streets, at a time of rising street and knife crime, not just for their own sake also for business confidence. It will not be enough to insist that London already transfers about £39bn of its taxation revenue to the rest of the country, according to recent House of Commons Library research. Instead, we need to do a much better job at demonstrating how London’s economy interacts with the economies and people of other cities and regions — explain exactly how Edinburgh’s local financial services rely in part on London’s global links, or by how much Cumbria’s supply chains and labour markets benefit annually from London.

We also need to expose the risks in the government’s new investment theory. London can acknowledge, for example, that Mr Norman is right to emphasise that there are values which go beyond economics, but still ask how this theory could provide a basis for assessing government investments. We should question how the government would quantify the costs and benefits of “respect”? How would it stop a civic pride project from becoming a vanity project? What about transparency for public outlay? How would this new “identity economics” prevent wishful thinking, patronage, and political advantage from determining government investment priorities?

In advocating for London with this new government, we need to present a city that is self-reliant but not posing as an independent city-state; an economy that is proven to benefit the broader economy; and a strategy that accepts that development in the north can benefit London too. London’s greatness must give and embrace, must prove its worth through detail and action, and ultimately finds its purpose and justification as a national capital, not a walled city defended against the rest.