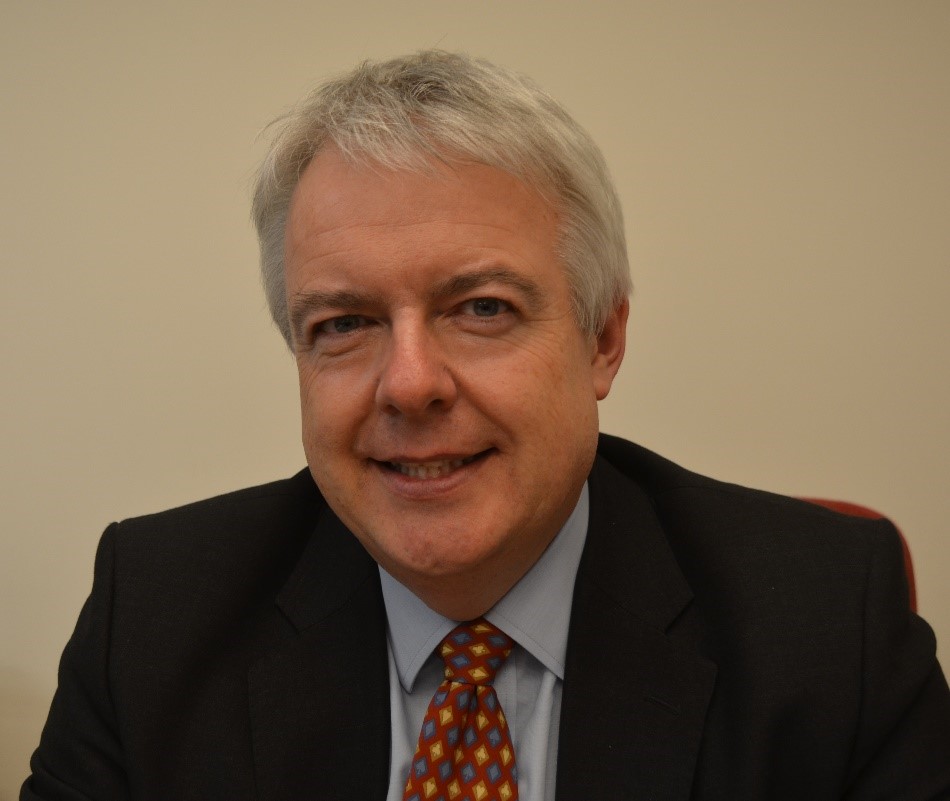 Carwyn Jones was the First Minister of Wales and leader of the Welsh Labour Party between 2009 to 2018. Carwyn was first elected as AM for Bridgend in 1999 and has served a number of ministerial positions, including Minister for Open Government, Minister for the Environment, Planning and Countryside and Minister for Education, Culture and Welsh Language. He became General Counsel and Leader of the House between 2007 to 2009.

Prior to becoming an AM, Carwyn was a barrister for ten years at Gower Chambers Swansea and was a professional tutor at Cardiff University for two years.