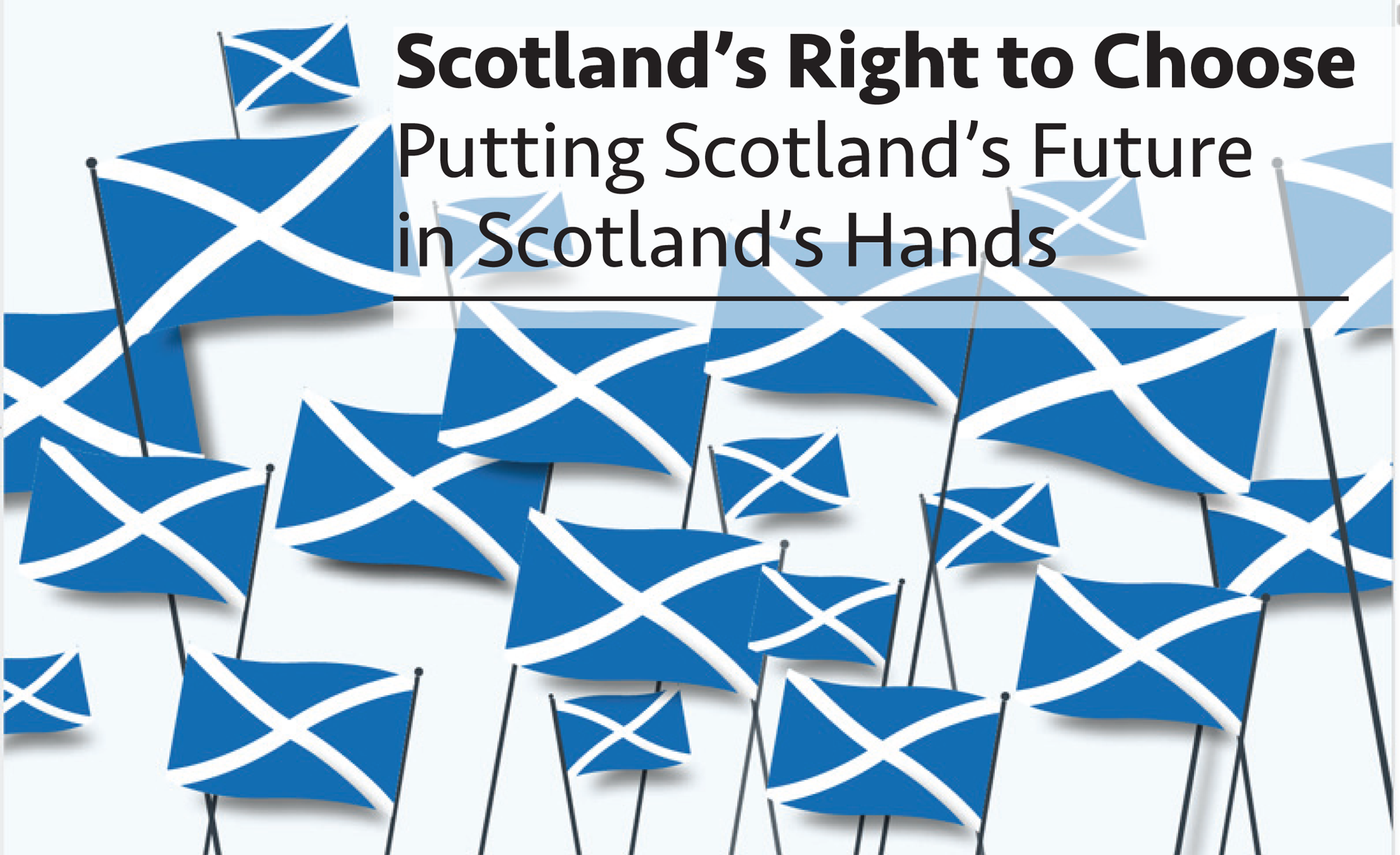 On Thursday 19 December 2019 the Scottish Government published a paper entitled “Scotland’s Right to Choose: Putting Scotland’s Future in Scotland’s Hands” which lays out the detailed case for how and why Scotland should be able to have the choice of independence in a referendum.

On page 5 of the paper the Scottish Government refers to the work of the Constitution Reform Group:

“In 2018, the Constitution Reform Group, a cross-party association of parliamentarians, introduced into the House of Lords an Act of Union Bill intended to give effect to the principle that “each of England, Scotland, Wales and Northern Ireland is a unit that both can and should determine its own affairs to the extent that it considers it should”. Their Bill would have placed in law the principle that each part of the UK— remains a constituent nation or part of the United Kingdom unless and until a majority of the people of that nation or part vote to leave in a referendum.”