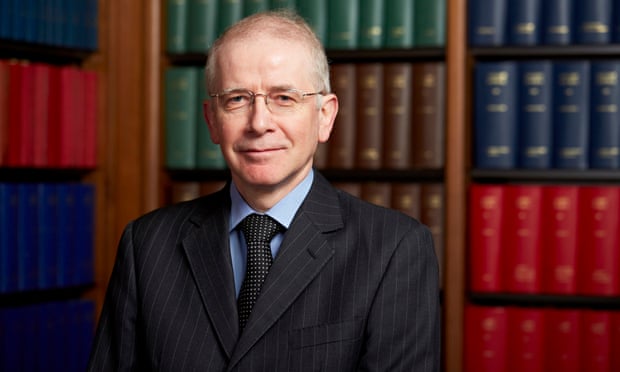 Judges are not staging a power grab to take over parliament’s role and do not make up law “as we go along”, the new president of the supreme court has told a parliamentary committee.

In a robust defence of judicial independence in the face of government plans to change the UK’s constitution, Lord Reed of Allermuir warned that US-style confirmation hearings to select judges on the basis of their political views would be “really intolerable”.

It was the first appearance by Reed and the deputy supreme court president, Lord Hodge, before the House of Lords constitution committee since their appointment at the beginning of the year.

They have taken up their roles at a sensitive political moment with the Johnson government promising two commissions on legal affairs, one aimed at reviewing criminal justice and a more wide-ranging constitution, democracy and rights commission.

Few details of either commission’s scope, personnel, timing or ultimate aims have emerged. Some fear they will merely enable the government to exact revenge for its two Brexit-related landmark defeats in the supreme court involving article 50 and the prime minister’s attempt to prorogue parliament.

Shortly before being made attorney general, the Conservative MP and Brexiter Suella Braverman wrote an article on the Conservative Home website urging the government to “take back control” from an interfering judiciary.

Asked at the constitution committee on Wednesday about such alleged behaviour, Reed insisted: “It’s not a power grab by us.”

Judges, he said, were merely giving effect to legislation, including the Human Rights Act, previously passed by parliament.

“We don’t make it up as we go along,” he told the committee. He said it may be true that judges are considering matters they wouldn’t have looked at 100 or 50 years ago but that was because parliament has “given the courts the duty of enforcing laws which reflect a constitutional culture which is not the traditional constitutional culture”.

Judges are already repelling cases where they consider judicial review claims are brought on political rather than legal grounds in order, Reed said, to avoid straying outside genuinely legal matters.

He acknowledged that the recent cases brought by the constitutional campaigner Gina Miller and the Brexit crisis had subjected the UK’s constitutional arrangements to a degree of “stress testing”.

“While the decision taken by the courts in the prorogation case was not greeted by universal acclaim, I don’t feel it reveals an inherent weakness in the courts,” Reed said.

Judges in the UK do not face the same pressure as in many other countries where they are pressured by politicians and their ruling ignored, Reed said. In a reference to Donald Trump, he added: “Last month the US saw the president criticising the judge and foreman of the jury in a case where one of his aides was being tried.”

Some criticism of judges in Britain was acceptable, Reed said, but “what’s irresponsible is an attack on our integrity”, such as the allegation that decisions are based on political bias because it undermines public trust in the judiciary.

Asked whether there was a role for greater involvement by politicians in appointing senior judges, Reed said the primary principle of appointment should be merit. “We have to maintain our position where we are seen as politically neutral,” he added.

Hodge said: “Most [judges] will have private political views but we have no democratic mandate to bring those into our work. We leave them at the door of the court.”

If there were politically controlled confirmation hearings to appoint judges then judges might feel they “have some sort of mandate in bringing their political views into court.”.

Reed said he knew some of the American justices who have gone through the process of US confirmation hearings and “it’s really intolerable”.

While not supporting a written UK constitution, Reed said he thought that writing down a few more of the conventions that govern political life might be helpful in future debates.