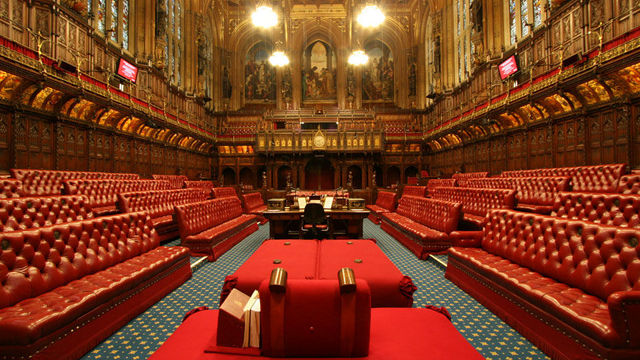 A news organisation that began life as the Manchester Guardian and whose roots lie firmly in Lancashire can hardly be expected to give an unqualified welcome to the government’s reported plan to move the House of Lords to the city of York. The possibility of such a move is nevertheless a tantalising one for the whole of northern England. If it proves to be more than a passing gimmick, and if it is part of a pluralistic and interlocking attempt to modernise and devolve British government more generally, including to the north, it could also be an extremely desirable one.

These are hugely important caveats. At the moment, no one knows what exactly is planned. But Boris Johnson likes big gestures. He finds it easy to commit public money to projects that prove useless. Passengers on London’s New Routemaster buses – one of Mr Johnson’s pet schemes as mayor – will be familiar with that. Billed as a return to the days when one could hop on and off, the rear doors of the buses are now kept shut because, with no bus conductors to sell tickets, too many passengers were dodging fares. It may have seemed a smart idea at the time. But it was a waste of money.

Exactly the same could apply to the move to York. In itself, moving the Lords to York would show that the government feels it must respond to complaints that the nations, regions and localities are not being treated fairly in comparison with the capital. But that is all. It would not rebalance the governance of the country. It would not improve democracy in the north of England. It would therefore not solve the problem. The crucial question is whether a move to York is part of a wide and effective reconception of British government as a whole. Unless and until that becomes clearer, relocation of the Lords will be merely an eye-catching idea.

The existing ermine-clad assembly comprising a mix of the nation’s upstanding elders and a load of party hacks would in the end be no more use on the banks of the Ouse than it is on those of the Thames. It would have its uses – as the Lords showed this week when they defeated the government on five amendments to the EU withdrawal agreement bill (amendments that were later reversed by the Commons). But it would remain a chamber ruled by patronage. It would still be full of party placemen and women, as the current row about the expected dissolution honours list underlines so discreditably once again.

If the composition and purpose of the upper house could be rethought, the move north could be reinvigorating. The four main objections to the House of Lords are that it is unelected, that it is too large, that its members acquire peerages, and that it has an unfocused role in the constitutional scheme of things. If the house could be proportionately elected, reduced in size, separated from the honours system, and based on the nations and regions of the UK, it could become a genuine check against first-past-the-post majoritarian rule by the Commons.

Some recent reports claim that Mr Johnson is considering an all-party report from a group convened by Lord Salisbury, which would replace the Lords with a chamber of the nations and regions. This is encouraging as far as it goes. The Salisbury plan – in either of its two versions – would be a genuine step in the right direction. But the proof of these reports will come in the government’s eventual proposals.

At present the only text that illuminates the government’s thinking is not encouraging. The 2019 Tory manifesto contained a notorious section about the need, after Brexit, to look at “broader aspects” of the constitution. These included not just the role of the House of Lords but voting reform for elections to the Commons, the relationship between parliament and the courts, the future of the Human Rights Act, and the workings of judicial review. None of the details were spelled out, thus spreading concern that the Johnson government is looking to rig the system punitively against its critics and doubters. That would be an intolerable approach. The test will be if the composition of the commission to look into these subjects is narrowly or broadly based. If it is the former, then Lancashire and Yorkshire, north and south, and east and west, should all watch out.