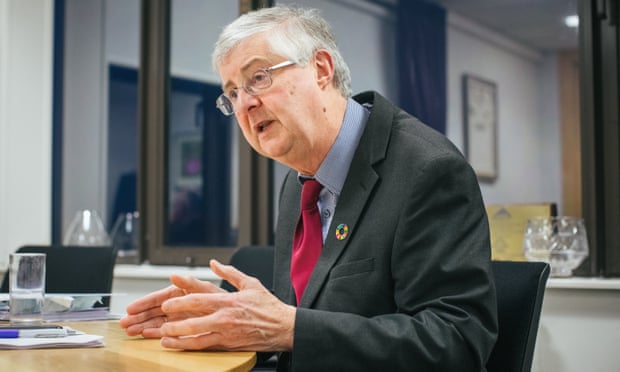 By the Editorial Board

What the country is, who represents it and how it articulates its ‘not-England-ness’ after Brexit are questions that this parliament must answer.

Our starter for 10: who is the first minister of Wales? Got it? Labour’s Mark Drakeford, of course. If you did get it right, well done, because the understated Mr Drakeford would be the first to admit that he does not have quite the same profile as the Scottish first minister, Nicola Sturgeon, or even the former Northern Irish first minister, Arlene Foster. The latter has not been in post for three years, but has been omnipresent throughout the Brexit debate. Of Mr Drakeford, if we live outside Wales, we hear next to nothing. Wales, with its population of just over 3 million and its 40 seats at Westminster, is largely ignored in the wider UK.

The general election gave the Conservatives their best night in Wales since 1983. They won Wrexham (a seat where before the second world war they rarely bothered to stand) for the first time and captured Bridgend in Labour’s south Wales heartland. Overall, Labour got 41% of the vote, compared with the Tories’ 36%, and has 22 seats against the Tories’ 14 and Plaid Cymru’s four. But in a country where Labour has tended until recently to exercise almost hegemonic power, and with high rates of poverty and deprivation that have been exacerbated by a decade of Westminster-imposed austerity, the party will take little comfort from keeping its nose in front.

The future relationship between Westminster and the Labour-led devolved government in Cardiff will be tricky. The recently appointed secretary of state for Wales – you get a five-point bonus for naming him – has promised to work “hand in hand” with the Welsh government, but arguments are already brewing over who gets to disburse regional aid money. The Welsh government was responsible for money channelled from the EU to depressed areas, but the UK government’s proposed replacement – the Shared Prosperity Fund – is likely to be administered by Whitehall. It will be seen as a rolling back of devolution – the first stage, according to some, of an assault on the devolution settlement in Wales by the resurgent Tories – and the standoff could end up in the supreme court.

Wales has always been divided – north v south, urban v rural, Welsh-speaking v English-speaking – and after the election these divisions are starker than ever. South Wales remains red, while north and mid-Wales have turned blue. Plaid Cymru has held on to its four largely rural, Welsh-speaking seats, but with only 10% of the vote across Wales it cannot claim a surge in support for independence. Wales has traditionally lacked institutional autonomy – in marked contrast to Scotland, with its separate legal and educational systems. Wales has instead relied on its well-entrenched language in the fight for cultural separateness. But with a Welsh-language broadcaster, bilingualism in government and the media, and the emergence of a network of highly regarded Welsh-medium schools, that battle has now largely been won, removing the totem around which Welsh nationalists could once gather.

All this leaves Wales more than ever searching for an identity. Once, with iron, steel and coal, it was an industrial powerhouse. Twenty years ago it saw itself as a small country finding a home within Europe, with the EU as a less oppressive supra-state than a UK dominated by England. Now what is Wales, who represents it, how does it articulate its “not-England-ness” post-Brexit, and what happens to the devolution settlement if the Tories start playing hardball? These are uncomfortable questions, not least for the new secretary of state – Simon Hart, whose name was of course on the tip of your tongue.