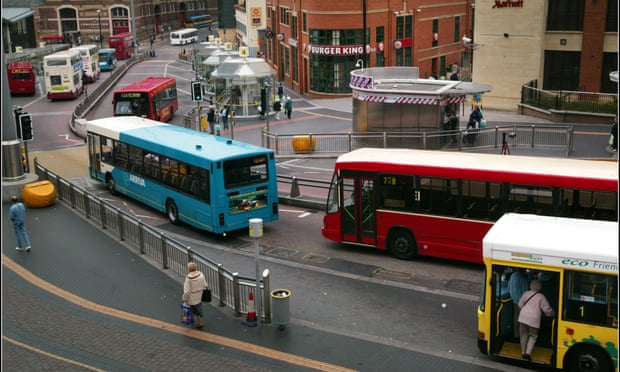 At the moment “levelling up” is just a slogan, used by government ministers to promote regional growth and devolution in positive, albeit vague, terms. But the government can give it meaning by giving power to people who know what’s best for their towns and cities across England.

The UK is both the most regionally divided and the most centralised country in the developed world. Centralisation has meant the Treasury continually stimulates London’s economy with yet more transport investment. But by treating London as the “engine” of the economy, the Treasury actually overlooks the people who call the capital their home – housing costs drive up poverty and inequality in London to the highest levels in the country.

Hopefully, the government will use the upcoming budget to follow through on its promise to invest in northern infrastructure, but the 55 million people in England shouldn’t be so dependent on decisions made by the chancellor based in the capital. The government can only get so far with spending alone. It also needs to give power away.

Devolution is an opportunity to put this right, by passing power and funding down from central government, to mayors and local leaders across England so that they can decide what to do with it.

As we’ve seen in places such as Liverpool and Manchester, if you put power in the hands of local leaders, better things tend to happen than if you rely on distant, centralised political power. In Liverpool city region, Steve Rotheram set up the Households into Work scheme providing mentoring and support for families to address a range of challenging circumstances. In Greater Manchester, Andy Burnham, working with the 10 local authority leaders, has introduced A Bed Every Night for people sleeping rough. Both city-regions are also starting to implement London-style transport networks by regulating their buses – which has been forbidden by central government until now. These programmes are all the more impressive given that, even with some devolution, these mayors lack funding and formal power.

Across the developed world, evidence shows that local policymakers are better able to give attention to the problems people face. They tend to be more responsive; they can be more accountable and transparent; they are more efficient at coordinating policies over land-use planning, transport and housing; and can co-ordinate training with local job opportunities.

With more accountable governance and more efficient public services, devolved power can “level up” investment and prosperity. Countries with more local control over tax or spending tend to invest more in education and transport; they tend to have more regional growth – and more equal regional growth at that; and more equality between people, too. Devolution enables local leaders to invest more to make the place they represent more prosperous and inclusive.

Some policies – such as pan-regional transport – are too large scale for local government, but these can be taken on by local leaders collaborating at the regional tier. It makes no sense for these to be controlled by distant politicians and quangos who aren’t directly accountable and don’t understand how these places work. In England, IPPR North proposes four larger regions as a starting point: the north, the Midlands, the south-west and the south-east (including London, the south-east and the east of England).

That said, nobody would argue that devolution is a magic bullet. By definition, devolution means more local decisions – which aren’t necessarily always good ones. As with any major policy initiative, there are some challenges. Local and regional identities can’t be ignored and London and the south-east of course raise more tax than others, thanks in part to decades of investment. But these are not insurmountable – they can be overcome with an inclusive process and transfers between regions.

That’s why this parliament must be the devolution parliament – to truly “level up” the country with a four-year programme of devolution that puts power and resources into all the towns, cities and regions across England – while letting places that already have some devolution, such as Greater Manchester, the West Midlands and London, take on more power too. This is the only way to truly “level up” the country, and to make this slogan really mean something.