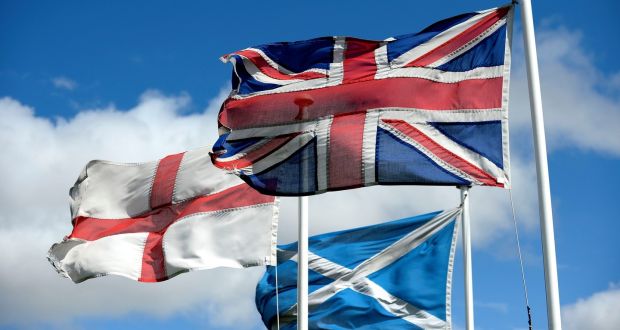 One of many issues receiving little attention in the UK general election campaign is its implications for the future of the union and its constitution. Writing in the New Statesman (https://www.newstatesman.com/politics/uk/2019/11/english-question-and-brexit) this week, Cambridge professor of public policy Michael Kenny argues that not since 1910, when the Irish question and the status of the House of Lords dominated the campaign, has an election had such far-reaching consequences for two constitutional questions.

“The current election will do much to determine whether the UK leaves the EU, and, the timetable by which it does so – if the Conservatives are able to form a government. It is also the ‘future of the union’ election, with its result bound to affect whether the UK will continue to exist in its present form,” he writes.

The parties’ positions on Brexit are well known, even if there has been little debate about the next stage of the negotiations if the UK leaves the EU on January 31st. But few voters know what any of the parties other than the Scottish and Welsh nationalists want to do about the British constitution.

The Conservative manifesto asserts that completing Brexit will deliver the certainty that will allow Boris Johnson to strengthen the union. It promises to replace EU structural funds with a “UK shared prosperity fund” that would match the size of EU funding but be “better targeted at the UK’s specific needs”.

The Tories are not promising any specific constitutional reforms, but they will establish a constitution, democracy and rights commission to look at “the relationship between the government, parliament and the courts; the functioning of the royal prerogative; the role of the House of Lords; and access to justice for ordinary people”, as well as the balance between the rights of individual and the power of the state.

Like the Conservatives, Labour is a unionist party, and Jeremy Corbyn has ruled out a second referendum on Scottish independence within his first two years in office. But the party would set up a constitutional assembly, led by a citizens’ assembly, to look at the distribution of power across the UK and “how nations and regions can best relate to each other”.

The party would immediately abolish the remaining hereditary peers. Its preferred option is to replace the House of Lords with an elected senate of the nations and regions, but the final decision would rest with the constitutional convention. The Conservatives and Labour are both promising to repeal the Fixed Term Parliaments Act and to retain the first-past-the-post voting system.

The Liberal Democrats have long advocated electoral reform, and their manifesto promises to introduce proportional representation through the single transferable vote. But the party advocates more sweeping changes, including a written constitution for a federal UK and “a radical redistribution of power away from Westminster to the nations, regions and local authorities”.

The Liberal Democrats are cautious about devolution within England, however, promising to enact “permissive legislation to empower groups of authorities to come together to establish devolved governance” – for example, to a Cornish assembly or a Yorkshire parliament – but noting that not all parts of England have the same appetite for devolved powers.

The SNP wants a second referendum on Scottish independence, and its manifesto says an independent Scotland would apply to join the EU. It cites Ireland as an example of a small country that has turned EU membership to its economic advantage but the manifesto does not go into detail about issues such as currency or Schengen membership.

Plaid Cymru seeks Welsh independence and also advocates remaining in the EU. Its manifesto also calls for enhanced representation for Wales in the EU as long as the UK remains a member state.

“Plaid Cymru believe that there should be automatic Welsh representation in European Council decisions when they have an impact upon Wales. The first minister should have the right to attend all Council of Ministers meetings with observer status with speaking rights. We also believe that the casting of the UK vote should require agreement by the relevant ministers from all four administrations and that, where there is no agreement, this should be reported,” it says.

Plaid Cymru is alone among the British parties in making proposals for how Britain should proceed within the EU if it remains a member state. It proposes a rotating commissioner from the UK, selected in turn by the different governments within the UK, sharing the five-year mandate.