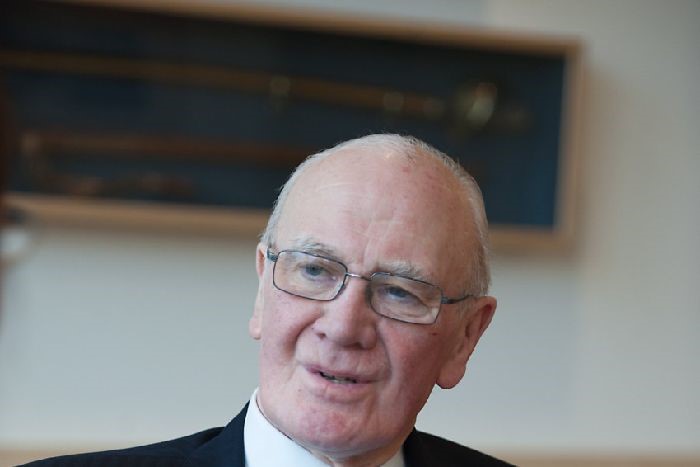 The UK constitution needs “root and branch” reform to take the antagonism out of the relationship between governments in London and Edinburgh, the former leader of the Liberal Democrats has said.

Sir Menzies Campbell, who was the architect of the Lib Dems’ modern proposals for Scottish Home Rule, called for a constitutional convention to create a settled will around devolution in England and set the agenda for a federal UK.

And he criticised the recent decision by the Foreign Office to withdraw support from Nicola Sturgeon’s overseas trips, calling it “foolish” and “unnecessary”.

Speaking to Scotland on Sunday to mark the 20th anniversary of the Scottish parliament, and following the announcement of the UK government launching a review of how Whitehall interacts with devolution, Campbell said good relations between Edinburgh and London were based on “personality, personality, personality”.

The peer, who led the Lib Dems from 2006 to 2007, said the early successes of devolution were based on relationships between Donald Dewar and Tony Blair, and between Dewar and Lib Dem deputy Jim Wallace.

And he hailed the close partnership between Lib Dem Scottish Secretary Michael Moore and then-Deputy First Minister Nicola Sturgeon in delivering the Edinburgh Agreement, that saw both governments sign up to a legally-recognised independence referendum in 2014.

Asked about the more recent constitutional deadlock over Brexit, Campbell said: “Part of the problem is that the relationship between Edinburgh and Westminster has not really grown in the way it should have done, and I think both parties are to blame.

In the latest sign that relations between the two governments are at an all-time low, Foreign Secretary and Tory leadership contender Jeremy Hunt announced that his department would no longer routinely provide support to the First Minister’s overseas travel, unless she agrees not to “promote independence”.

“I thought that was foolish … it’s unnecessary,” said Campbell, who was the foreign affairs spokesman for the third party at Westminster for 16 years. “I think it is nitpicking, and politically parsimonious to say to her, we’re not going to help with the visits.

“What’s the point of that? She’ll go anyway. And she’ll make a thing of the fact that she’s able to achieve these visits without the help of the Foreign Office.

“The Foreign Office isn’t just for Westminster, it’s for the United Kingdom. Would they have tried to do that with [David] Trimble and [Martin] McGuinness [the leaders of devolved power-sharing in Northern Ireland]? Of course they wouldn’t.

“My view is that it’s completely unnecessary and it simply creates a sense of grievance, and anyway she’ll get the visits, because the people on the other side of the Atlantic will be anxious to know what she’s about.”

Campbell led the Lib Dem Home Rule Commission, reporting on the need to overhaul the UK’s constitution in 2012.

An update shortly before the independence referendum helped build momentum towards the creation of the Smith Commission in the wake of Scotland’s vote to stay in the UK, which resulted in significant new tax and welfare powers being devolved to Edinburgh.

The Lib Dem peer now sits on the steering committee of the cross-party Constitutional Reform Group, which has put forward its own proposals for a “new Act of Union”.

Campbell said that after 20 years of devolution in Scotland, Wales and Northern Ireland, England “needs a constitutional convention”.

“The English have to decide what they want,” he said, going on to question the piecemeal approach to local devolution south of the border. “English local government – you need a PhD to understand it.”

He revealed that Baroness Bryan, who is developing Labour policy on a “People’s Constitutional Convention” that Jeremy Corbyn says will lead to a federal UK, has met with him and examined the Constitutional Reform Group’s proposals.

But Campbell said she faces a “pretty tricky job” with just nine months left to produce a report, and a single researcher supporting her.

He called for Westminster to be “much more open minded” to a major overhaul of the constitution, but defended the Lib Dems’ refusal to take part in Scottish Government-organised citizens’ assemblies on new powers for Scotland unless independence is parked.

“[The constitution] needs a root and branch approach,” Campbell said. “For that you’ve got to have co-operation on both sides of the argument.

“If Nicola Sturgeon and the SNP say it’s independence or bust, then that makes it very difficult, but you can nonetheless say, park your independence for the moment, we understand that’s what you’re about, but we can have a sensible and logical discussion about how we improve the relationship … The problem is that Joanna Cherry gave the game away because she said it’s leading to independence.”

The Lib Dem peer said there was a “legalistic” case for the UK Government to retain devolved responsibilities returning from Brussels after Brexit, which are at the heart of the row between Edinburgh and London over claims of a “power grab”, and which saw the two governments face each other in the Supreme Court over rival Brexit legislation.

But he is critical of how the UK Government went about resolving the dispute.

“There’s a legalistic argument that Britain joined the EU, and Britain leaves the EU. Therefore those powers which were ceded to the EU come back to Britain … but they were so dog in the manger about it, and that of course was Theresa [May]. You can’t have seen Blair being so dyed in the wool about it.”

And Campbell said the decision of the UK Government to press ahead with Brexit legislation without the consent of the Scottish Parliament, in breach of the Sewel convention, set an “uncomfortable” precedent.

“I think the marriage of statute and convention has been shown to be a rather uncomfortable one, particularly in the context of Brexit. Sewel is a very good example of that.”

With critics in the SNP, Labour and the Conservatives all calling for the role of the Scotland Office to be reviewed and potentially abolished, Campbell defended Dover House.

“You can make the argument that, OK, if there is a proper relationship between Edinburgh and London, then no, you don’t need it.

“But you can equally make the argument that if there is someone in London who’s in the tent … then you have the opportunity to influence events.”

An SNP spokesperson said: “It is entirely legitimate for Scotland’s First Minister to speak to the views that she was democratically elected on, but withdrawing Foreign Office support did not impede on the plans of the First Minister’s visit to Europe.

“And if the Tories’ position is now that Scotland shouldn’t be afforded the same level of representation as the rest of the UK, then they are making our case for us – it shows how we need to be independent.

“The Citizens’ Assembly will be an entirely independent body – a position that has been made clear by the Scottish Government and the co-convener of the Assembly. There remains plenty of opportunity for the Lib Dems to rediscover their liberal and democratic values and to support the assembly, however as it will be made up of citizens, the decision of any party to opt out will not impact on its success.”

Full access to the article can be found here.