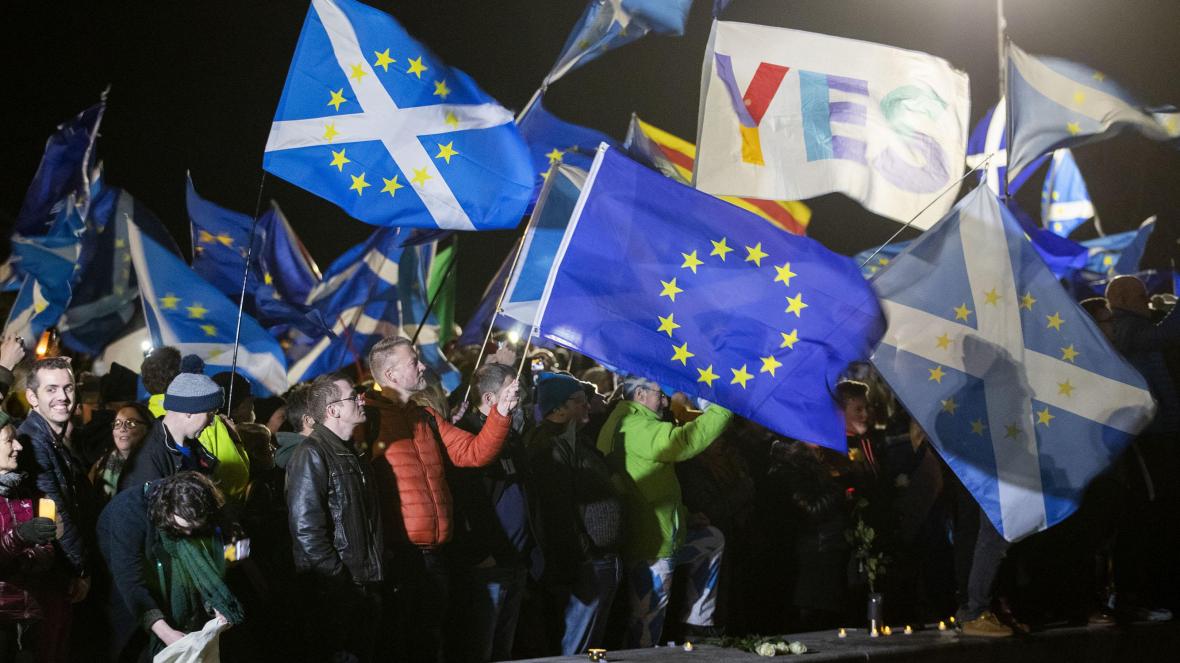 By Caroline Wheeler and John Boothman

Boris Johnson is preparing to love-bomb Scotland with a £5m taxpayer-funded advertising blitz aimed at saving the Union.

The campaign, starting on Valentine’s Day or soon after, is a signal that the prime minister regards protecting the Union as the top priority after Brexit. As well as a tub-thumping video in cinemas, the plan is for TV, radio and digital ads. Ministers are impressed by Scotland Is Now, an SNP-government-backed campaign to promote the country.

The UK government is expected to spend almost £1 for every man, woman and child in Scotland in a year-long effort to win over those in favour of independence. A source said Johnson would put the Union “front and centre” as he seeks to head off demands for a second independence referendum.

“There is a consensus in Downing Street that this is the one issue — perhaps after Brexit — that could derail Johnson’s premiership,” the source added.

The blitz is part of a campaign to show the benefits of the Union and the commonalities across the country. It coincides with publication of a review led by the Conservative peer Lord Dunlop, who was tasked by Theresa May to look at ways of strengthening the Union.

The report is expected to stop short of recommending a new “Department for the Union” but could ask for more visibility for the government in devolved parts of the country, with Johnson and senior ministers holding more meetings outside London and trying to work more overtly alongside the devolved administrations.

Downing Street is also said to be interested in the work of a cross-party group of MPs and peers who launched a bill in 2018 to “stabilise the constitutional relationships between the four nations”.

Their proposed Act of Union Bill sets out a framework that includes English devolution, subject to a “commencement referendum” in all four parts of the state.

The bill also provides an option for the House of Lords to be replaced by an elected chamber to represent “a new federation of the UK”.