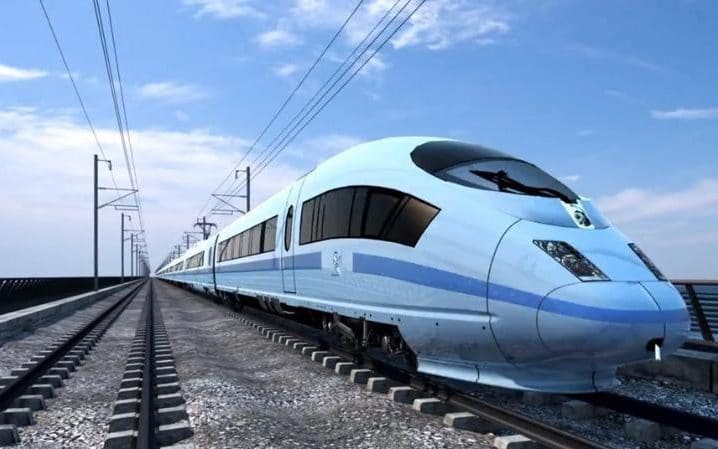 Boris Johnson did not come to Davos this year. If he had, his schedule would probably not have included canvassing the global elite for ideas on how to ‘level up’ the poorer regions of the UK.

But the conference in the Swiss mountains had plenty of brain power in attendance, including Professor Sir Paul Collier, who is delighted with the pledge to pay attention to the country beyond London.

“The narrative that if you’re bright and young, you have to get to London is utterly disruptive. That has to be killed,” he says, clearly gripped with enthusiasm for the idea.

“That is the acid test of this policy working – if that narrative is killed stone-dead.”

He might be an unusual source of help for the Prime Minister. Far from specialising in British regional policy, the Oxford academic is a development expert and World Bank veteran who advises African governments and is known particularly for his 2007 book, The Bottom Billion.

But the Sheffield-raised economist has developed ideas for Britain along the way.

“Because I am really familiar with the syndromes and the symptoms, I could spot the incipient features. It is only incipient. We can turn this around, entirely feasible. We can have a really good future. But we can’t just leave capitalism on auto-pilot,” he says, on the edge of a busy corridor in the middle of the World Economic Forum.

“It has derailed, we have neglected the derailment for 40 years, the rifts have got wider and wider, that produced mutinies, and if you let those rifts go on and on, the mutinies will bring the whole show down.”

Now Johnson is in charge, he promises a fix. Where should he begin?

As Collier sees it, the core problem is an over-mighty capital, sucking economic life out of the rest of the nation.

“Britain is a ludicrously over-centralised society. Virtually all the decisions are taken in London, in Government, business and civil society. No other society is as centralised as Britain,” he says.

This concentration of power pulls in money and resources to the cost of other cities, he believes.

It also means the solutions are unlikely to come from London’s schemes and wheezes for other regions. Unwelcome examples are easy to find: “The idea that some silly railway can be planned from Whitehall that will save the north of England is ridiculous, frankly,” he says.

“The big shift in ideas has to be the recognition that it is not all heaps of concrete or bits of railways.”

Instead of building the HS2 railway, he recommends distributing power, money and skills across the country, stripping London of its privileged position so towns and cities can decide policies and projects for themselves.

Germany has plenty of proud, successful cities, he notes. In the UK, the only similar example is Edinburgh.

It succeeded through a combination of true devolved power – “a fluke, a by-product of buying off these wretched Scottish nationalists” – and retaining a financial centre, unlike most other cities.

Local bankers can deploy “tacit knowledge” to make productive investments, and this combination of finance and power encourages the growth of a business lobby that spreads local prosperity.

Once, cities across Britain had this combination. Their civic pride and wealth can still be seen in their Victorian town halls.

Metro mayors are a start, but need real power: “It is no accident our Prime Minister previously held the one mayorship that mattered. That was a wonderful training ground for national office.”

Genuine local political power will attract the ambitious instead of driving them to the capital; the same is true of civil servants.

“The brightest people on earth in the field of transport logistics want to work for Transport for London. It has the span of control and the resources to be truly exciting, and so the talent goes there,” says Collier.

“If you do that region by region, that is where the talent will go.”

This would require an uncharacteristic release of control from the Treasury, as poorer parts of the country would need money to spend on their own projects.

“You can’t expect places that have been broken to finance this themselves,” he says.

“The Treasury will have to learn that it is not about it approving every decision – you’ve got to let go.”

Moving the House of Lords to York “would get important people to start thinking outside London and it is a very good symbol of a larger process”, he adds.

The Bank of England might want to emulate the Federal Reserve, which has 12 regional banks across the US.

Civil society needs to play a bigger role beyond the capital. Collier cites Germany where businesses in different regions are given specific tasks by governments.

And he is scathing about universities’ obsession with the international stage and neglect of young Brits who live nearby.

“The trouble with British universities is they are all focused on the bloody global. Both universities in Oxford are rewarded for taking on international students – neither are rewarded for actually training British kids, let alone Oxfordshire kids,” says Collier, a professor at the University of Oxford’s Blavatnik School of Government.

“Why should we build capacity in China [by training its students], when it is quite obvious Britain will succeed or die according to its capacity in the 21st century knowledge economy?”

Former polytechnics have forgotten their role as centres of local learning, he warns.

“We degraded a massively important training facility. If you are really cognitively gifted, Britain is the best place on earth. If you are in the other half of the population, we are about the worst place in the OECD,” says the professor.

Together, Collier hopes the programme could help people outside London “take back control”.

That is a phrase the Prime Minister himself might want to consider.