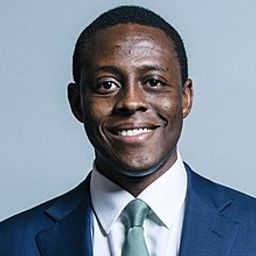 Bim is the eldest son of Nigerian and British parents, and was educated at Eton College, where he was an Oppidan scholar. He attended University College, Oxford, where he studied Modern History, where he was Vice President of the Oxford Union and played football for the University. Subsequently he spent almost a decade working in the City of London; first as a lawyer at Freshfields Bruckhaus Deringer and Simpson Thacher & Bartlett, and then working in banking as a senior executive at HSBC.

Bim was elected in June 2017 as Conservative MP for Hitchin and Harpenden. Bim is married to Henrietta, and they have three children.