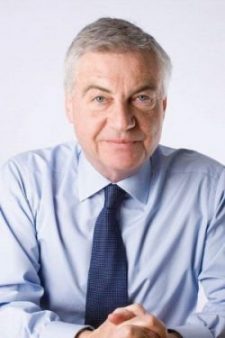 David was the Member of Parliament for South Antrim from June 2001 to May 2005, during which time he served on the DEFRA all party select committee. From November 2003 to May 2009, he was a MLA at Stormont. Prior to entering Parliament, David was Director of Public Affairs for British Airways from 1984 to 1993, and between 1979 and 1984 was Public Relations Director for the Institute of Directors.

David was a founder patron of The Friends of the Union established in the mid 1980’s to create greater understanding of the Unionist cause in parliament and the media. David also served from 1990 to 1993 as a non-executive director of the Northern Ireland Tourist Board. He was a non-executive director of The European, the first pan-European daily newspaper and assisted in its launch. A native Ulsterman, David is a graduate of Queen’s University, Belfast.